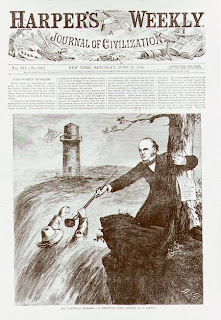 Barbara has the week off. If she didn't, she might caution against writing on something about which I know so little. But since that admonishment applies to almost everything in Drinks Before Dinner, onward and upward 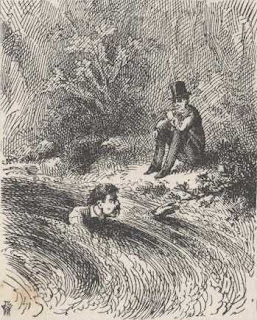 Glenn Beck:
“When I see a 9/11 victim family on television, or whatever, I’m just like, ‘Oh shut up.’ I’m so sick of them because they’re always complaining.”

“The only [Katrina victims] we’re seeing on television are the scumbags.”

Michele Bachmann:
“I don’t know where we’re going to get all this money because we’re running out of rich people in this country.”

Ann Coulter:
“I don’t really like to think of it as a murder. It was terminating [Dr. George] Tiller in the 203rd trimester…. I am personally opposed to shooting abortionists, but I don’t want to impose my moral values on others.”

“There are a lot of bad Republicans. There are no good Democrats.”

No to health care reform. No to financial reform. No to environmental legislation. No to temporarily suspending further drilling in the Gulf. No to extending unemployment benefits.

The quotes above from high-profile voices in the Republican Party, along with that party’s unwavering “no” votes in Congress during the last eighteen months cannot be faulted for inconsistency or uncertainty. The party and those voicing its point of view present a unified summary judgment on what makes human beings tick.

Whether it’s the professorial postures struck by Newt Gingrich, the philosophical cheerleading of Ayn Rand’s supporters, or the junkyard-dog approach to conducting the nation’s business perfected by a Mitch McConnell or Richard Shelby, Republicans see human nature in clear terms.

According to the right, human beings thrive when allowed to pursue their self-interest. Logically (goes the argument), entities created by human beings represent extensions of themselves. That is, corporations and profit-driven institutions equal manifestations of human will. Efforts—especially government efforts-- to regulate or control these acts of human will are at best the product of ignorance, at worst a perverse attempt to thwart the innate drive for self-expression and perfection. The quintessential act of this self-expression, and the most human of all focused activity is the business of making money.

Generally, this view takes its cue from Adam Smith's "invisible hand," matched with a nineteenth-century reading of Darwin. Proponents of Social Darwinism assert that natural selection applies not just to individuals, but to races, societies and nations. Remove all impediments to human will, and “successful” people will thrive, while others go to the wall, which is where nature intends for them to go. In concert with “the white man’s burden,” Social Darwinism served Colonialism well.

Such a view applies an early reading of Darwin to the human organism. It sees our species in terms of club-wielding Flintstones in competition for food and females, but this reading has since been rejected by rational people. Even without later refinements made to evolutionary theory, technology alone has rendered it obsolete: it ignores the functional equality of a small woman’s index finger compared to that of a sumo wrestler when pushing a button in, say, a nuclear missile silo.

In the Sixties, British biologist William Hamilton founded studies in animal behavior that later became widely known through E.O. Wilson’s book Sociobiology. In 1964, Hamilton put forth a hypothesis that came to be known as Hamilton’s rule. In the simplest terms, the rule says that we practice altruism (the devil itself to Ayn Rand’s disciples, and to most right wingers) to those whose survival is needed as insurance that our own genes will survive.

In short, you look after kinfolk who carry your genetic code, and you do it for reasons of self-interest. Are you your brother’s keeper? Should you lay down your life for your brother? In genetic terms, the answer is yes, but only for two brothers, or for four cousins, because they will carry forward your genes.

This “rule” has opened the door for further study that seeks to explain acts of generosity and kindness (and ultimately the origins of morality) in terms of evolution.

If all this means anything to you, you can see why any success in locating an evolutionary basis for things like social justice and generosity would cause most conservatives to go ballistic. Provide a verifiable, science-based justification for “doing good” in liberal terms, and the “up yours, Jack, I’ve got mine” philosophy has the rug pulled out from under it.

The champion of this effort is Robert Trivers, an eccentric genius whose early career included advanced study (and self-taught mastery) of multiple disciplines, dangerous breakdowns resulting from bi-polar disorder, radical politics, and much else. Out of this hodgepodge, Trivers finally focused on the knotty question of why it is that animals often come to the aid of others to whom they are not related, sometimes even to members of other species. He refers to it as “the evolution of reciprocal altruism.”

It’s one thing to save your brother from drowning, and thereby, “rescue” copies of your own genes for the future, but why jump in to save a stranger?

Trivers’ studies include not just math (he taught himself calculus at fourteen), biology and psychology, but also history and anthropology. From a growing body of data, what he has come to believe is that, in the primordial past, human evolution rewarded those who practiced kindness in tribal society by establishing a debt of gratitude. If I save you and yours, you are more likely, should the need arise, to save me and mine.
No doubt an Ayn Rander or a latter-day Newt Gingrich or a trickle-down economist like Arthur Laffer will dream up some way to finesse or dismiss this new perspective. Being generous and looking out for others besides those in one’s tiny corner of the gene pool is not compatible with their world view. But if Trivers’ ideas ever capture the popular imagination, “enlightened selfishness” is going to sound more like its true self: a hollow falsehood not even applicable in terms of self-interest.

Popular posts from this blog

SNOWBIRDING #2: LOST IN THE FLEA MARKET

January 20, 2010
Generally, Drinks before Dinner is true to its name: it recounts conversations that take place at the end of the day. But when Barbara and I are on the road, these confabs are what keep us going. After driving for nine or ten hours, we are out of words and ready for sleep. That is, until the lively couple next door start throwing each other against the wall, or the quaint heating/cooling system resumes operation. If anyone knows, please tell us how so many of these units have survived since the beginning of the twentieth century. ------------------------------------------- --Did we pass it yet? --No. It’s closer to the state line. --Mustn’t miss the world’s biggest Jesus. --Well, anyway, the world’s biggest bust of Jesus. --It’s big all right. How tall would you say? --Maybe twenty-five or thirty feet. At least that, if you include the beseeching arms. --You have to include the arms, that’s the main thing. Is it blessing or beseeching? --The Solid Rock Church. Well named, c
Read more
November 14, 2018 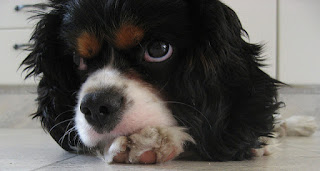 WHAT’S IN A NAME? WHAT’S IN A DOG? (part two) In my last entry, I promised a quote from well-known psychologist and dog expert Stanley Coren, taken from his excellent book, The Consciousness of Dogs . I’m going to deliver on that promise, but first, what exactly is consciousness? If you look in the Random House College Dictionary, you get this: “the state of being conscious; awareness. the thoughts and feelings, collectively, of an individual or of an aggregate of people. full activity of the mind and senses. awareness of something for what it is: consciousness of wrongdoing.” Of these definitions, “awareness of something for what it is” strikes me as the key. To be possessed of consciousness, I have to know what I am, and I have to know what other things are that aren’t me. You don’t have consciousness unless you can make this distinction. I have read that children are only partially conscious until sometime around the age of five. At this point, they have fully lost t
Read more